Wedding season is here. We have your back. Questions? >> Jen@bridesmaidforhire.com

Adventures of a Professional Bridesmaid: I Love You…In Swedish.

He studies the cup, swiveling it around once and then back around again, like a person testing out a new office chair.

“Brian?” he says, knowingly unsure. “Or, uhh, Bryn?” he corrects himself, this time more eager to announce the name scribbled on the chest of the paper cup,  written with a nearly expired sharpie. I’m not waiting for a Brian, though I probably look like I am. My hair is pulled back in an exotically kept way and I just reapplied a fresh coat of magenta lipstick, that i’m certain left a slash mark or two on my upper incisors. I’m nervously fighting with my fingers as they threaten to clamp on to the thin white coffee cup or the edges of a beat-up notebook that’s spent too much time on the bottom of my gum-stained purse. I’ve draped my coat over the back of the seat next to me. Chair real estate inside the Starbucks on 37th and 7th avenue is something you have to snag and hold onto tightly, like the door buster 56″ TV on Black Friday. I imagine most people around me are on dates. Slinging back slurps of espresso or cinnamon chai tea, learning about the person two gulps away from them, interviewing them as if the idea of forever was still spinning around on the table, waiting to land heads up or tails down. There’s a clump of four, five, six, people behind me who have nowhere else to go. They are homeless. They’ve come here for shelter between the open hours and seek desperate refuge in the warm air blowing from a turned on space heater planted nearby. I imagine some people here are on business meetings, though not many. It’s dinner time. If you wait inside of a coffee shop long enough, everyone comes alive with a story. A girl with artificial curls in her hair is thumbing circles on the glass screen of her phone, suffocated by the words that pop into her eyeballs like a sudden burst of hot water when washing evening dishes. Something on the other side of the world, the screen, the conversation is letting her go, too soon. Another guy is laughing, uncontrollably beside his three kids. They are foreign to this avenue, to this city, to the rules of coffee shop voice volumes and levels. But his laughter is contagious. So there I am. Laughing. Alone at 7pm, waiting close by to meet the Bryn that the barista is looking for. Bryn contacted me in October about her April 4th wedding. She was looking for backup, support, someone to help her bring everything together, to life. She had the help of her sister and her mother, but they were long distance. A handful of states and time zones away. She decided to go with the Ultimate Bridesmaid package – which meant we’d work together two months before her wedding and then on the day of, I’d be there. By her side and behind the scenes. Making sure everything she needed she had. Everything that needed to get done, was done. The butterflies showed up for this event. They always do. The first time you meet someone new, you wonder what it will be like. Will they like you? Will you be able to roll through conversations or will you stop and go like you’re in bumper to bumper traffic with your own delicately nervous words. There’s a lot of people waiting to receive their caffeine kick and she could be any of them. So I smile at every person who walks inside, bobbing forward, as if to prepare to reach out and hug them hello. 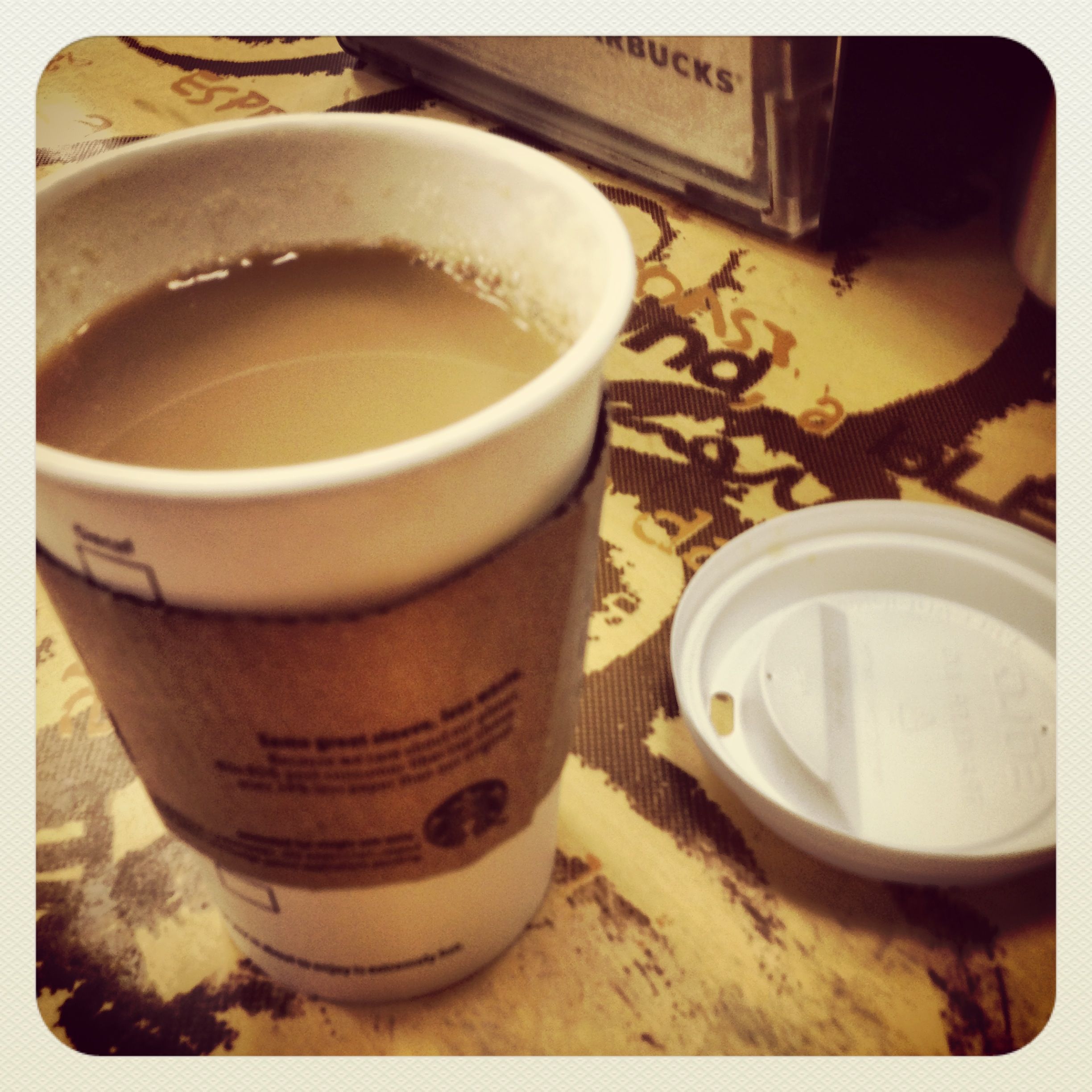 But one, two, three almost hugs later, I decide to play it cool. To snuggle into my wooden seat and begin writing on the very first line of a new page of my notebook, “Jen and Bryn’s First Meeting.” One girl comes forward. Her hair is dark and managed. Her lips are stained red. She seems like the kind of girl you instantly gravitated toward in summer camp. The one who would make you feel right at home no matter where you found yourself. “Bryn?” I say, as nervously unsure as the barista. “Jen!” she says, and we hug like we’ve met before. Like we’ve been friends for years. I ask her to start off telling me everything. All the tasks and the to-do’s that are burrowing inside of her memory. And she rattles them off with such distinction and determination. A list like hers, I’m starting to think, could easily take someone 6 months. We have two. I write every task down as quickly as I can inside of a notebook that I carry around with me. Everywhere. Inside are secrets, mostly other people’s secrets or desires or must-do tasks. The kinds of things you may find yourself easily telling a stranger but reluctantly telling your best friend. That’s what I’m here for. As I’m starting to arrange and prioritize Bryn’s tasks in my notebook, she tells me the story of how her and her fiance met. “At a wedding,” she begins and I can already hear my mom’s voice make its stage-right entrance inside of my head – whispering, “I told you weddings are the place to meet someone, Jennifer.” She tells me they met at a friend’s wedding but then connected a few years later on Facebook. We are all strangers, at first. I tell myself. Which is why none of this is strange to me. Bryn and I leave our first meeting and suddenly I understand a few things about her that I didn’t know before. She adores Taylor swift. She doesn’t want Britt to win the Bachelor. And this wedding is going to burst with her and her fiance’s personality, even if that means cramming in 6-months work of work and to-do list items into two fragile and flimsy months. Before we met next, we worked together virtually. We’d comment back and forth on the online to-do list I made for her and we would exchange emails about questions or challenges that she had. 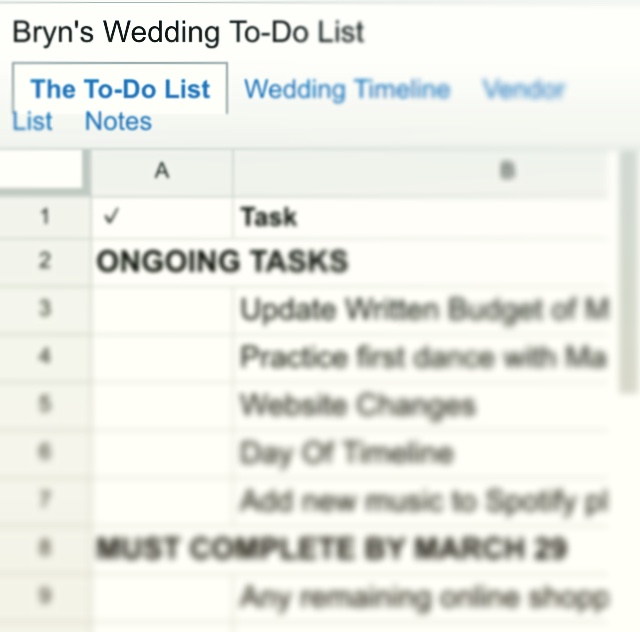 Bryn and I would meet and we’d start by going through her to-do list. Talking through the items she finished, the ones she’s working on, and the one’s that Bryn labeled “Super Aspirational”. Bryn’s heart pumps with determination and is fused together with creativity and individuality.  That to-do list became our mutual best friend. We’d take it out to coffee and we’d talk about it back and forth and back and forth in a long-form email chain. We’d reference it on phone calls, inside deep text messages, and even once, when Bryn and I bumped into each other at a lunch café in the middle of the day on a Thursday. 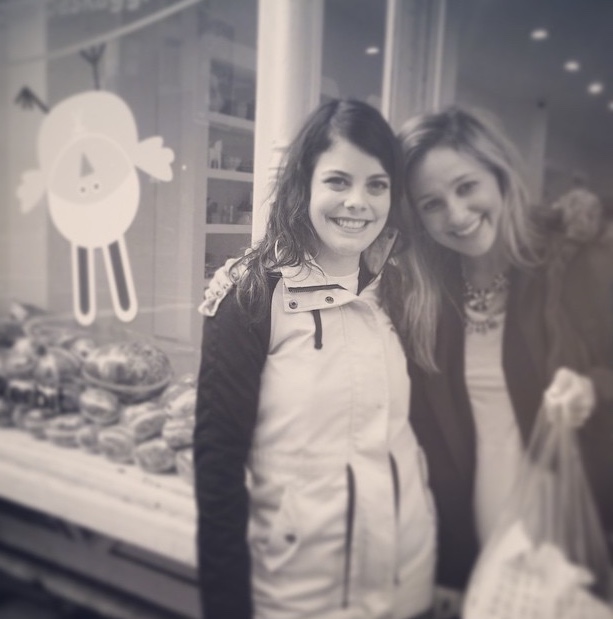 When we’d give the to-do list a rest, we’d set out on adventures. To a Swedish candy store to pick up handfuls of candy to stuff the hotel welcome bags with. 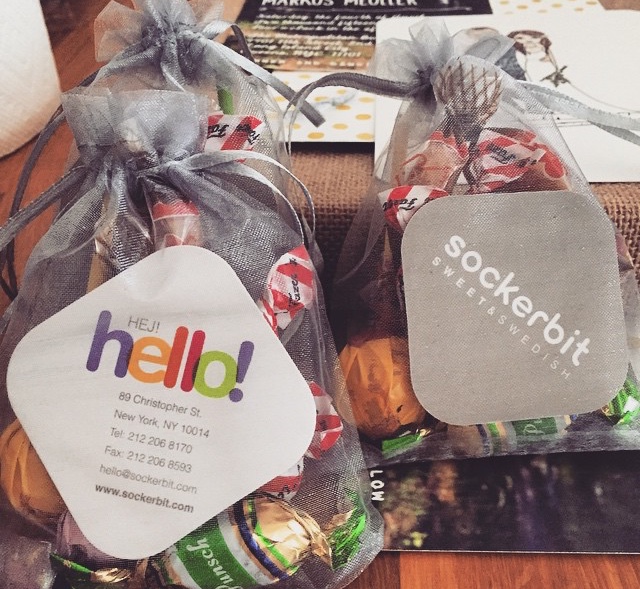 To make up stores in a desperate search to find the perfect shade of red lipstick. 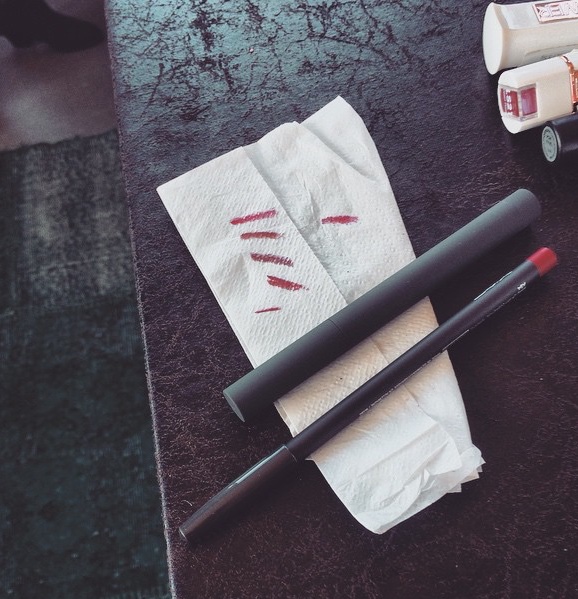 One afternoon, on a chilly day on the cusp of February fading into March, Bryn texted me that she had written a 5-page letter to Ms. Taylor Swift. She was inviting her to be a guest at her wedding. 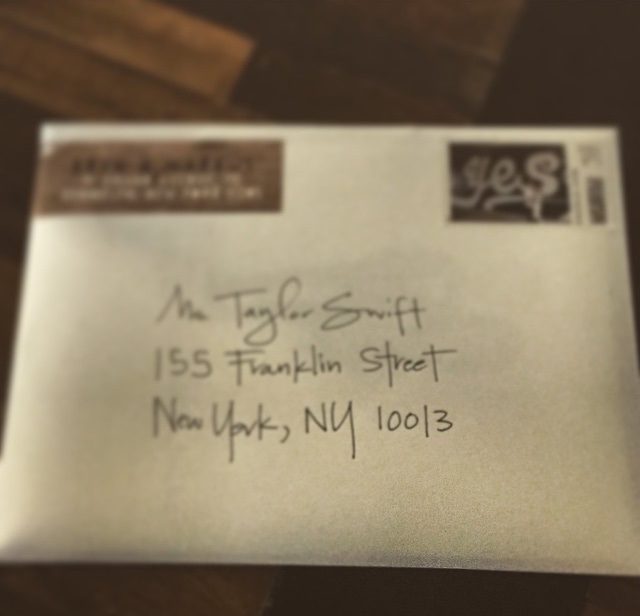 My phone comes alive with beeps and dings and bells and flashing lights, as if it’s the main attraction at a rave.

But I’m not at a rave. I’m home. In bed. Early on a Saturday morning and my phone is alerting me of something that I know. Something that I’ve known about and planned for months. Today’s Bryn’s wedding day. I pop out of bed at 6am. Wrap my split ends around a hot barrel iron and paint my face with a layer, or two, of Sephora Airbrush makeup.

“Long Island City?” He asks me, as if I made some kind of blustering mistake with my drop off request. “How bout we go to Ghana instead.” My taxi driver says, going two blocks too east in the wrong direction. “Maybe some other time,” I say, nervous that this taxi ride might be more like a sightseeing adventure around the city. “You love my country. I take you there, now.” I volley back and forth with my driver for the next 30 minutes until we pull up in front of the hotel. “Thank you,” I tell him. “See you again, maybe…in Ghana….or something?” I slam the door and two minutes later, I’m knocking on the door of the bride to be. 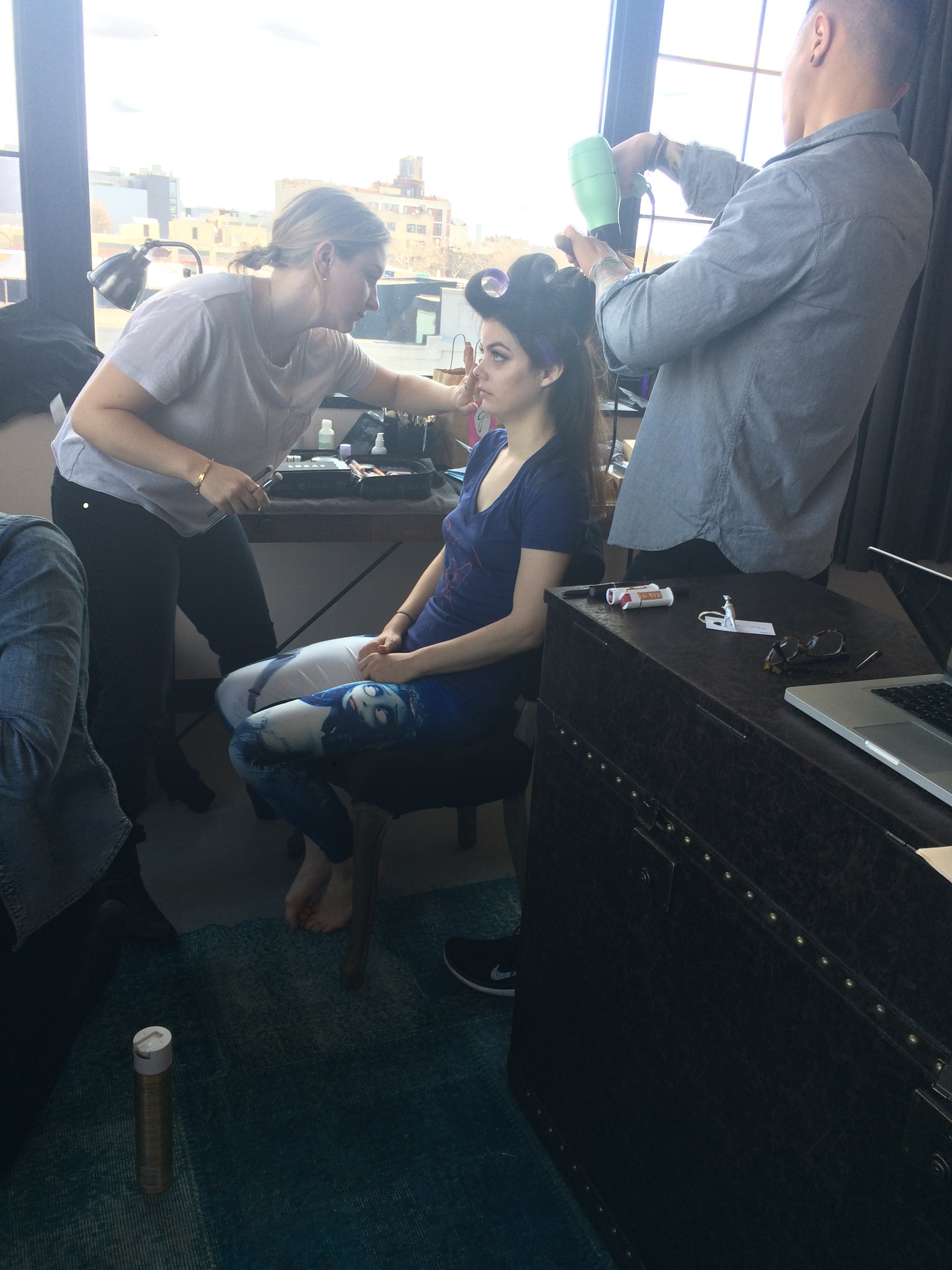 The morning hours pass by easily. I’m surronded by Bryn’s mom and siter, who after 15 minutes of meeting, feel like distant cousins of my own. I’m by Bryn’s side making she she has everything she needs. Her table place cards – check (including one for Taylor Swift)

The invite is still open to you, Taylor Swift. #Bryninng #professionalbridesmaid

We head on over to the venue so we can start taking photos. So we can unpack some of the boxes Bryn packed that contain tiny little details that are going to explode all over this wedding day and make it feel like no one else’s but hers and her husband-to-be.

The coolest guest book I’ve ever seen! #JengaPieces #professionalbridesmaid A photo posted by Bridesmaid For Hire (@bridesmaidforhire) on Apr 4, 2015 at 2:11pm PDT

The kind of wedding that shines in a dream – but becomes even brighter in real life. #professionalbridesmaid #bridesmaidforhire #weddingday #weddingdecor

Bride, #professionalbridesmaid, maid of honor. A photo posted by Bridesmaid For Hire (@bridesmaidforhire) on Apr 4, 2015 at 12:41pm PDT

I’ve done this before. Many times. But rarely do I meet brides as calm and fun as Bryn. She treated this as if it was just another Saturday. The party was going to go around her and she was going to be the center of it. “How are you feeling?” I ask her, as she wraps her manicured fingers around the very base of her boquet.  “I feel good,” she begins. “Thought I’ll probably be nervous soon, right?”Not you, “No, not you Bryn,” I tell her. She’s about to marry the man of her dreams and all of the guests packed inside the round room that’s just a few steps ahead of her about to see that.

& they danced like nobody was watching even though the whole world was. Because. Because. Because. They were in love. #professionalbridesmaid #adventures #firstdance A photo posted by Bridesmaid For Hire (@bridesmaidforhire) on Apr 4, 2015 at 4:13pm PDT

I fall in love too easily. Maybe that’s what makes this job so much fun. The idea that love is both hard and easy at the very same time. Just being there, being a part of someone else’s wedding, is the most incredible experience. An adventure I’ll always remember. #professionalbridesmaid #adventuresofaprofessionalbridesmaid #bridesmaidforhire A photo posted by Bridesmaid For Hire (@bridesmaidforhire) on Apr 4, 2015 at 6:01pm PDT

INVITE US INTO YOUR INBOX.

Register below to receive updates, tips and special promotions.